In my case, there is no fixed order or hierarchy of the things that drive me to paint. They can appear at any given time, that is, if one is awake to receive them, with a sensitive eye eager to spot them.

I identify emotionally with whatever surrounds me, whether it is a simple cup of coffee, a song or a quiet conversation with a friend.
I’m not looking for transcendence. I’m after something closer, more everyday and, if you like, more sincere.

An elusive moment, an everyday sparkle, some seemingly insignificant emotion that makes me pick up a brush because, for me, painting is in no way removed from what is actually happening, from the permanent flow of things.
One perfect, fleeting moment that somehow produces a feeling of fulfilment. An excuse whose only intention is to ponder the way of seeing, doing, saying and experiencing things.

It is absolutely crucial to work with something which moves us yet at once has content, and in one way I’d say that all my work is one single poetic weft in which the titles are the emotional thread. 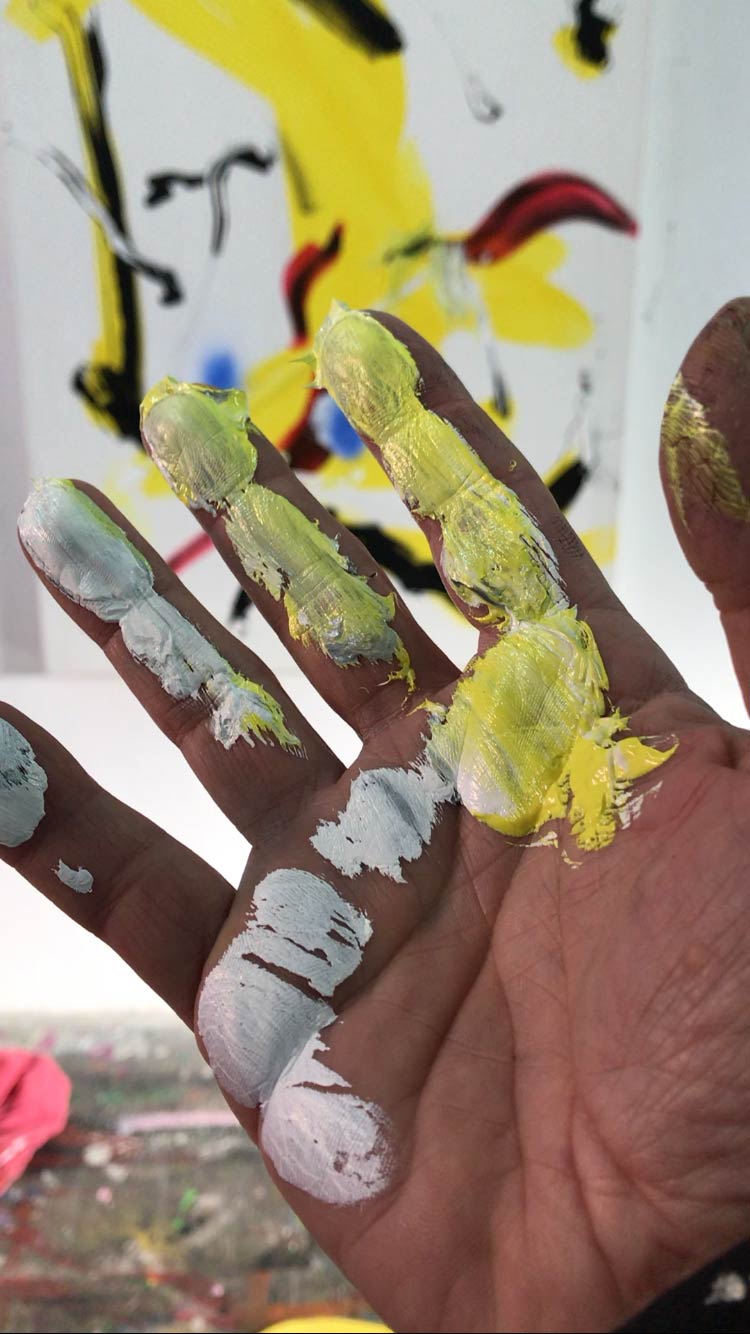 Juan Olivares (Born in Catarroja 1973) is a Spanish artist who focuses his work on painting. Graduated in Fine Arts in 1997 from the Faculty of San Carlos of the Polytechnic University of Valencia, makes his final year in Brussels Nationale Superieure des Arts École de la Cambre Visuels.

In 2002 the Ministry of Culture Scholarship grants the College of Visual Arts in Spain Cité Internationale Universitaire in Paris. Two years later in 2004 also is awarded by the Ministry of Foreign Affairs Grant Fine Arts Academy in Rome, a city that marks deeply and constantly traveling.

In 2007 he continued his training at The Cooper Union School of Art in New York, a city that takes its study during 2007 and 2008.

In 2018 he is part of the artists’ residence at ICCI Jiao Tong University in Shanghai. Currently, the city of Shanghai is one of its references and where it carries out part of its plastic research.

All his work forms a poetic tissue that questions the formal limits of painting and its relationship to the space it inhabits. Support surface and space continuous review.

The idea of transience, over time, the emotional trail left us some experiences, uncertainty, chance and discovery are present in all his works. In a sentence: “He loves emotion that corrects the rule”.

In his twenty-year career he has made more than twenty solo exhibitions in galleries of contemporary art. He has participated in various international exhibitions, as well as in international fairs. His works are in private collections and institutions.